The Indian Olympic Association (IOA) on Friday formed a seven-member committee to probe the allegations of sexual harassment against WFI chief. Several ace Indian wrestlers including world championship medallist Vinesh Phogat, Olympic medallists Bajrang Punia and Sakshi Malik have been participating in a sit-in protest at Delhi’s Jantar Mantar in Delhi which began on Wednesday – after accusing the WFI chief of sexual exploitation and intimidation.

In a letter to the president of the Indian Olympic Association (IOA) PT Usha, the wrestlers mentioned that Phogat was “mentally harassed and tortured” by Singh after she missed out on an Olympic medal in Tokyo which led her to almost contemplate suicide. They also requested the IOA president to appoint a committee to enquire into the matter.

“There is no truth in any of the allegations. Why should I quit? Even if one woman wrestler comes and proves the sexual harassment charge, I am ready to be hanged. There is an industrialist behind it (conspiracy),” the 66-year-old WFI President had said.

On Thursday night, sports minister Anurag Thakur met with the protesting wrestlers. However, the meeting remained inconclusive as the wrestlers refused to back down from their demand to immediately disband the WFI.

Rajesh Jindal is born and brought up in Baddi, India. He is Content Writer in tech, entertainment and sports. He has experience in digital Platforms from 3 years. He has obtained the degree of Bachelor of Journalism and Mass Communication in 2018 from CCS University of Rajasthan Jaipur . official email :-Rajeshjindal@khabarindiatak.com , Author at Khabar India Tak. Our enthusiasm for writing never stops Phone : +918219877469 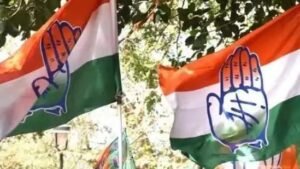