A video shared by Emirates shows ‘reindeers’ carrying a plane to the sky. This video has caught the attention of many people. Christmas celebrations have begun worldwide. People have already bought presents, homes are decorated, and your kitchen must smell like a bakery. And as this spirit of Christmas continues, the Emirates recently shared an exciting video of them wishing a joyful Christmas to people around the world.

In the short clip, shared on the official Instagram page of Emirates, you can see several ‘reindeers’ carrying a plane on the runway. As the reindeers speed up, they take up the plane into the sky. The plane even had a Santa’s hat on top of it. The post’s caption read, “Captain Claus, requesting permission for take-off. Merry Christmas from Emirates.”

This video was shared just a few hours back. Since being uploaded, it has been liked more than four lakh times, and people have showered love on this short clip.

One Instagram user said, “So adorable, so beautiful! Congratulations to those involved. This is awesome!” A second person added, “Emirates always the best!! Whoever worked on this ad deserves a raise! Amazing work @emirates Merry Christmas. ” Another person wrote, “This is absolutely fantastic!!!” A fourth user said, “Wow, what creativity. Merry Christmas.” 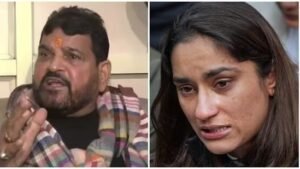