A Twitter user compiled a few hilarious moments from the recently concluded FIFA World Cup 2022 and it is sure to take you on a laughter ride. The FIFA World Cup 2022 concluded yesterday with Lionel Messi-led Argentina lifting the world cup in a nail-biting match against France, and it was a treat for football fans worldwide. Besides this, there were other incidents during the premiere football event that kept many entertained over its course. Case in point, this Twitter thread that features funny moments from FIFA World Cup 2022. From Antonio Rudiger’s hilarious running to Cristian Romero comically walking up and congratulating Emiliano Martínez with a kick, it highlights adrenaline-filled moments from the football event.

The now-viral thread was made by a Twitter user who goes by the handle @ufcfooty. He started his thread with: “The World Cup officially ends later today. Here’s a thread of some of the funniest moments since it started….”

His first share is a funny TikTok video where a Moroccon fan can be seen saying “Airport, this way!” after the team’s win over Spain. Another is a world cup related-meme that went viral this year.

The laugh at the end… 🤣 pic.twitter.com/gGVAY2aBq7

Another shows a Saudi Arabia fan switching to Poland after their captain Robert Lewandowski scored a goal. And one just cannot miss out on Antonio Rudiger’s hilarious run during their match with Japan.

The number one moment for me… pic.twitter.com/Rzj6H7zWwW

The following tweet is on ‘Brazil fans doing the Richarlison celebration’. Here, the fans break into ‘pigeon dance’ just like Richarlison, who danced his way out after a sweeping victory over South Korea. In the next tweet, they shared a video of Cristian Romero comically walking up and congratulating Emiliano Martínez with a kick instead of a hug or a pat on his back for his late save against Australia.

A video of a female Brazil fan who went viral for using a man’s phone to do makeup during the game also found a place on the thread.

They also shared a photograph of France’s Kylian Mbappe reacting to Harry Kane’s penalty. The video of a little Argentinian fan celebrating his team’s win in the World Cup final is next.

Hope we see a 2.0 of this later on today… pic.twitter.com/Lssw2jjnbW

“This Mexico fan did NOT take their exit well,” read the caption shared along with the video where a Mexican fan can be seen destroying his TV. Another shows Moroccan footballer Jawad El Yamiq planting a kiss on Pepe’s head after he missed a sitter before the final whistle.

This Mexico fan did NOT take their exit well 🤣 pic.twitter.com/EUov0X6fo6

Since being shared a day ago, the primary tweet has raked up over 75,400 likes and a flurry of comments.

“The moment an argentina fan mistakenly went through a glass door in celebration of the winning goal,” wrote a Twitter user while sharing a video. “The best moments started from the game Saudi Arabia against Argentina,” shared another. “But it was definitely the best World Cup I have ever watched!” expressed a third. 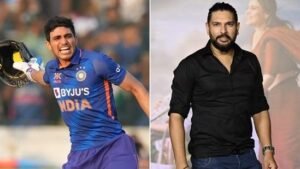 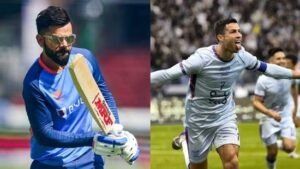